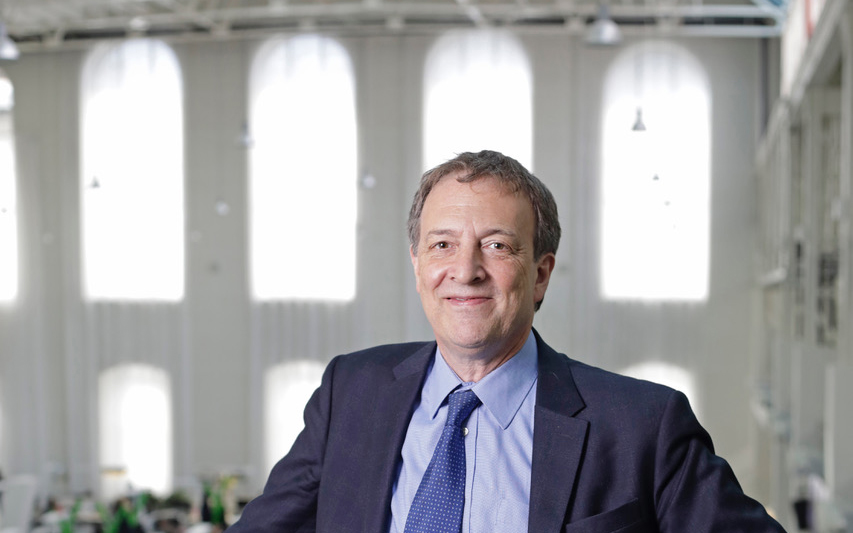 Misha Glenny, chairman of the Committee for Editorial Independence, gave an interview to HlídacíPes.org about the pressure journalists in Central Europe and beyond have to face. With their kind permission, we are republishing it.

THERE’S NO APPETITE FOR LITTLE DICTATORS. PUTTING JOURNALISTS AND MEDIA UNDER PRESSURE IS ALWAYS THE FIRST STEP, SAYS MISHA GLENNY

The Association of Independent Journalists is a new initiative linked with the Committee for Editorial Independence of the Economia publishing house. It calls for journalists to cooperate across the whole of Europe. It has also addressed the European Commission with a report titled “Europe’s Free Press under Siege”. In the report, the association describes the increasing frequency of attacks aimed at the media in the EU. The driving force behind the initiative is author, journalist and former BBC correspondent in Central Europe Misha Glenny.

Even though this call to journalists is actually the result of much improvisation, as Glenny admits in near perfect Czech, there are quite a few good reasons for its emergence. “We felt that the deteriorating situation in Poland and the already rather dire situation in Hungary demanded a systematic approach to the issue. We also closely monitor developments in Slovenia as well as in Bulgaria and Greece. Journalists and the media are under much pressure, be it from the commercial sphere or from governments. In many EU countries, the suppression of media freedoms is becoming quite organised,” says Misha Glenny in an interview for HlídacíPes.org.

Regarding the call to the European Commission to take note of the various forms of pressure exerted on journalists and to respond accordingly, don’t you feel you might be spreading your forces too thinly? There are a number of established organisations, such as the International Press Institute, the European Federation of Journalists and others, who also communicate actively with the Commission…

They are all excellent organisations, but they tend to suffer from a bit too much bureaucracy. Our objective is to bring together the journalists who are actually at the receiving end of the abuse, active journalists from across the EU. Thus, we collect authentic testimonies of the very people who have faced the issues mentioned earlier. I have already talked to people I personally know, or people recommended to me in Poland, Hungary, the Czech Republic and Austria. The plan is to keep expanding the group. We aim to report openly on what is going on and describe the methods applied to curtail media freedoms. The pressures take a variety of forms, be they economic, such as the withholding of advertisements from independent media or curbs on the distribution of print media crippling their ability to reach the audience. Then there is the actual targeted harassment of individual journalists. We have described all that in our initial report in which we also document the systematic nature of the pressure.

This is happening in a number of countries, including the Czech Republic where it is most apparent in the case of the public media, namely the public broadcaster. It may come as a surprise to some, but public TV is under pressure even in Austria, for example. Although the Association of Independent Journalists is still in its prenatal state, we want to make it known that the edge of the cliff is awfully close. The explosion of oligarchic populism must be stopped in its tracks, with all its consequences. We can see that the European Commission is prepared to defend rights and the constitutional order in Poland, but much less so in Hungary. What we would like to achieve is the European Commission acting with the same resolve in defence of the media from oppression.

What would it mean in practice? Exerting pressure on governments, perhaps threatening to withhold EU funding?

Right now, there are the billions on the table from the coronavirus recovery fund. That can potentially amount to a significant weapon, it is a lot of money. And there are countries, like Greece for example, that have room for improvement when it comes to media freedoms, especially in connection with the country’s oligarchs. Or Bulgaria, which has slumped to the 112th position on the World Press Freedom Index. For an EU member state, that really is a shameful result. We want to draw attention to these facts; we would like to attract support from journalists from other EU countries and we would very much like to hear the European Commission say that harassment of the media is utterly unacceptable in the EU.

In an article for The Times, you wrote that with the exception of an occasional rebuke, the European Commission mostly just sits on its hands and looks on.

And I meant it. But now the European Commission itself is developing a strategy to support media freedoms. It may take the shape of a new directive, or something else. We don’t know yet. But we will do our best to make sure that the Commission has as much information as possible about what journalists and some media have to put up with in some member states. Even President of the European Commission Ursula von der Leyen mentioned physical attacks on, and murders of, journalists in her State of the Union address. We can certainly agree that for journalists doing their job should not entail the risk of being assaulted, let alone murdered. But that is just one aspect. Another significant aspect is the ongoing institutional endeavours to erode media freedoms, whether the reasons are commercial or political. And that is something President von der Leyen did not mention. Our goal is to provide to the European Commission specific information about journalists facing such circumstances in their work. We would also like to suggest suitable remedies.

As it happens, one of the EU Commissioners you are in touch with is Věra Jourová. She became a Commissioner because of Andrej Babiš, i.e. someone your initiative is at odds with. It has also transpired that she donates some CZK 100,000 from her annual income to Andrej Babiš’s political movement ANO… Is she the best person to deal with this issue?

Of course, we know only too well that Commissioners reach their positions on the back of political decisions by their respective governments. That is how it is and nothing much can be done about it. But speaking of Věra Jourová in particular, she has done nothing during her tenure as a Commissioner and as Commission Vice President that would suggest she fulfils the wishes of Andrej Babiš. On the contrary, she is a prominent defender, vocally at least, of media freedoms. I would therefore say that she is on the right side and if Andrej Babiš hoped she would defend his interests, he must be rather disappointed. At any rate, we must talk to her since media freedoms fall within her portfolio. Of course, we talk to other Commissioners whose remit entails ensuring fair play on the market, the media market included. Anyone can envisage that if the Commission sensed some distortion, say, on the pharmaceutical market, it would act. Why should it not follow the same script when it comes to media houses?

Your appeal states that Europe is witnessing a concerted attack on media freedoms. Is there a single driving force, or a single main reason, behind this attack?

I don’t think there is just one force driving it. What I have noticed, though, is a certain similarity, links, cooperation and perhaps even mutual inspiration at the political level. Be it the alliance of Andrej Babiš with Viktor Orbán or other kindred spirits like President Vučić in Serbia or PM Janez Janša in Slovenia. Kaczyński’s people in Poland compare notes with Orbán’s team and so on. Of course, they have every right to build coalitions. I’m not saying Babiš should not meet Orbán, even though their recent meeting in Prague was clearly a pre-election move. What I consider unacceptable is countries drawing inspiration from Orbán’s oppression of journalists and independent media. Institutions, which under normal circumstances provide independent oversight, merely fulfil politicians’ wishes. By the way, this is something that the British PM, Boris Johnson, attempts in his relationship with the BBC in my home country. I consider Czech Television the best public service broadcaster in the region and it would be a downright tragedy for Czech society if it morphed into a politicians’ instrument.

We either want democracy or we don’t

Is the Czech situation, with Andrej Babiš simultaneously a politician, entrepreneur and owner of media outlets, in any way unique in the European context? Or does it make little difference in what fashion or by what methods pressure is exerted on the media in Europe, because what matters is the outcome – critical journalists and independent media being persecuted?

It should be a natural part of democracy that politicians avoid conflicts of interest. And if you are a politician and you simultaneously own media outlets then you are in a conflict of interest situation. It doesn’t matter if the conflict breaks no laws. And that’s before we mention the benefits for Andrej Babiš’s businesses stemming from the fact that at the EU level, he is part of the decision-making around European funds. That certainly begins to stink. But it’s not only Babiš and his particular interests that affect the media. Take Britain, for example. One of the reasons the country made the terrible Brexit mistake is the fact that media magnate Rupert Murdoch pushed incessantly, for 30 years, a hardline anti-European campaign, which included outright falsehoods. It is, by the way, known that the serving PM, Boris Johnson, wrote articles when working as a journalist that were completely made up. He was even dismissed by The Times in the late 1980s because of it. If I were to pick a positive example in Europe, it would be Germany, mainly for the fact that powerful media have historically been widespread all over the country.

Have you noticed any new methods being deployed in order to harass media? One thing that springs to mind is, for example, attempting to prosecute journalists for specific articles…

I would add the direct corruption of journalists. In Russia, they discovered a while ago that corruption is more efficient than criminal prosecution, in some cases at least. And the same has been observed in Belarus, in Hungary and in Bulgaria too. That does not mean that the criminal prosecution or detention of journalists ceases, or that oligarchs controlling media do not create pacts to collectively shun individual journalists who refuse to fall in line.

You write in your appeal that the European Commission should take the attempts to curb media freedoms very seriously if it does not want to risk a piecemeal transition from democratic to autocratic regimes. But isn’t it a fact that some segments within society crave a strongman approach to government and actually support politicians in their endeavours to silence critical media? Aren’t journalists often lightning rods for people’s frustrations?

We either want democracy or we don’t. If people wish to live in a regime that refuses to hear their voices simply because the government holds all the power and controls the media, they are welcome to it, outside the EU. But the EU was built on clearly defined values and it cannot afford to allow autocratic populism to become a legitimate instrument of rule in a bloc that outwardly defends the ideas of democracy, human rights and responsibility, including responsibility for the planet’s climate, for example. It is simply unacceptable to harbour little dictators within the EU.